Brazilian Chocolate Truffle filled Doughnut Holes (Bolinho de Chuva com Chocolate) are some of the easiest and most versatile sweet bites that you can ever prepare… That’s right! You can have them for breakfast, an afternoon snack, or as holiday dessert. These doughnut holes have a dense cake-like texture inside, and are golden and crunchy outside. Although the filling is optional, who could possibly resist the chance to bite into a melted chocolate truffle, right? 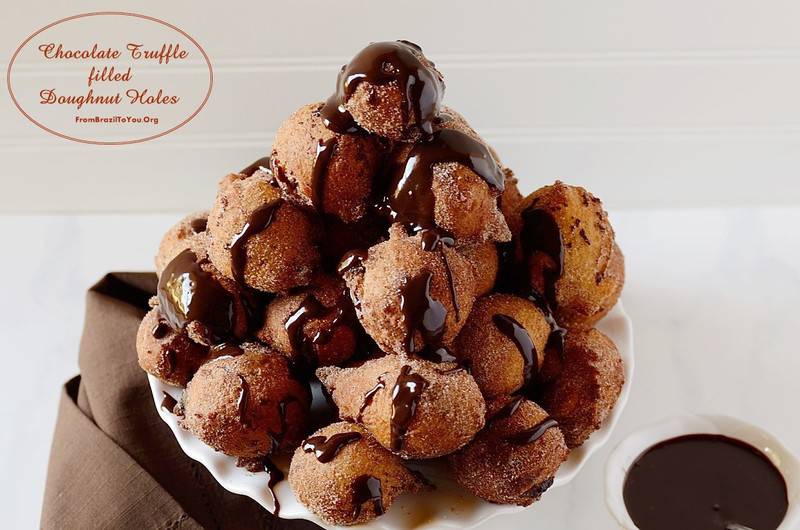 I am serious, folks! All you need to do is to quickly mix flour, baking powder, salt, milk, eggs, and vanilla extract, spoon the batter, fill with a little chocolate truffle in the center, fry in hot oil for up to two minutes, and roll in a cinnamon-sugar mixture. The result? Pure addiction!

These were named Bolinho de chuva (literal translation: rain cakes) because of their raindrop shape, acquired when effortless dropping the spooned batter into the oil, forming little peaks. Despite the name, they can be enjoyed any time of year, regardless of the weather conditions. They are also known as Quero Quero, Mata a Fome, and Bolinho de Negra in my home country.

They became famous thanks to the writer Monteiro Lobato and his fictional character, Aunt Anastasia, who lived in a countryside ranch called Sítio do Picapau Amarelo (Yellow Woodpecker Ranch). Aunt Anastasia, the cook of the ranch, captured the heart of many generations of Brazilians, and is now considered a staple of national culture. 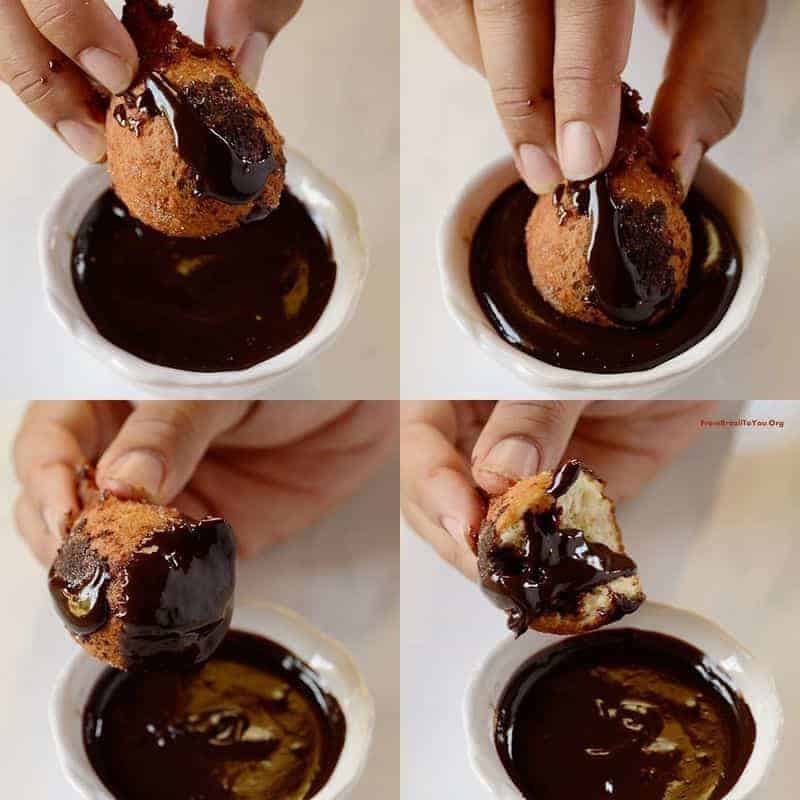 The traditional recipe for bolinho de chuva has no filling but it is not uncommon nowadays to see them filled with chocolate truffle, nutella, guava paste, or dulce de leche. What to say? Brazilians love to put a twist on traditional recipes. 🙂

When and how to serve them is completely up to you! Whether you pile them up like a Christmas tree and drizzle them with chocolate ganache, like we did, in order to serve as a holiday sweet bite…or simply serve them in a basket or bag accompanied by a cup of coffee for breakfast or afternoon snack…or put them in a holiday box to give as a gift… the fact is, they will be a hit. 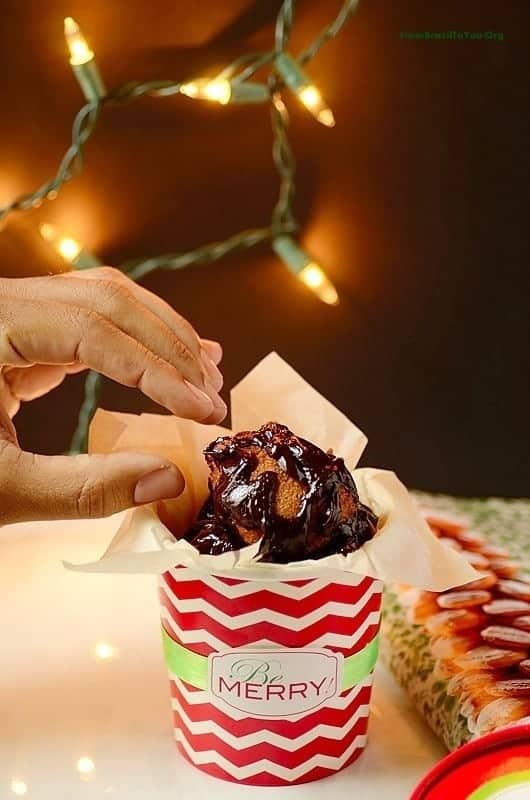 Well, enjoy our Chocolate Truffle filled Doughnut Holes and have yourself a very delicious, 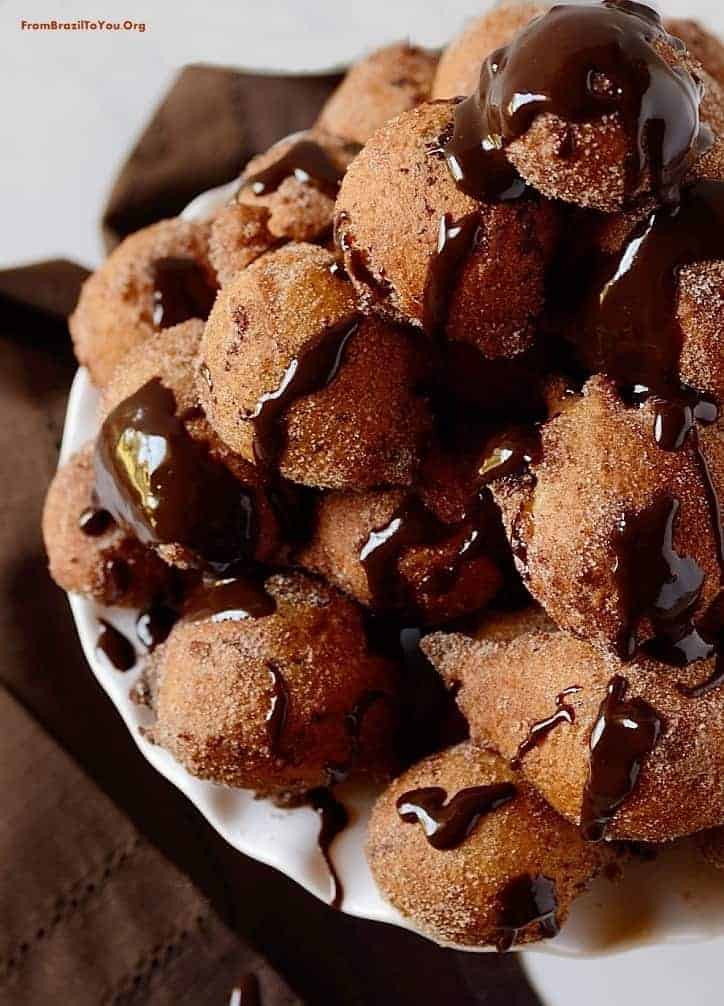 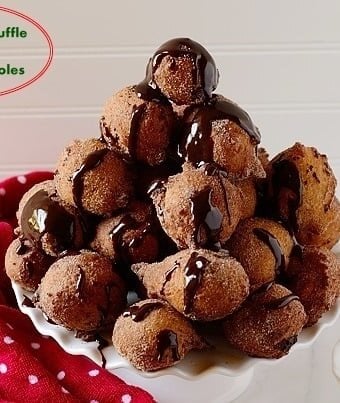 Traditionally, these Brazilian doughnut holes have no filling. They are usually served for afternoon snack or breakfast. But they make great sweet bites as well, especially when filled or drizzled with chocolate ganache, dulce de leche/caramel, or melted guava paste.
DID YOU MAKE THIS RECIPE?Comment and rate the recipe. Also follow us on Pinterest at @easyanddelish for more delish recipes.