The June Festivals, known in Portuguese as Festas Juninas, are coming to an end. But not my cravings for dishes made from corn. Sweet Corn Pudding (Curau or Canjica Nordestina) is the dish for today! 🙂 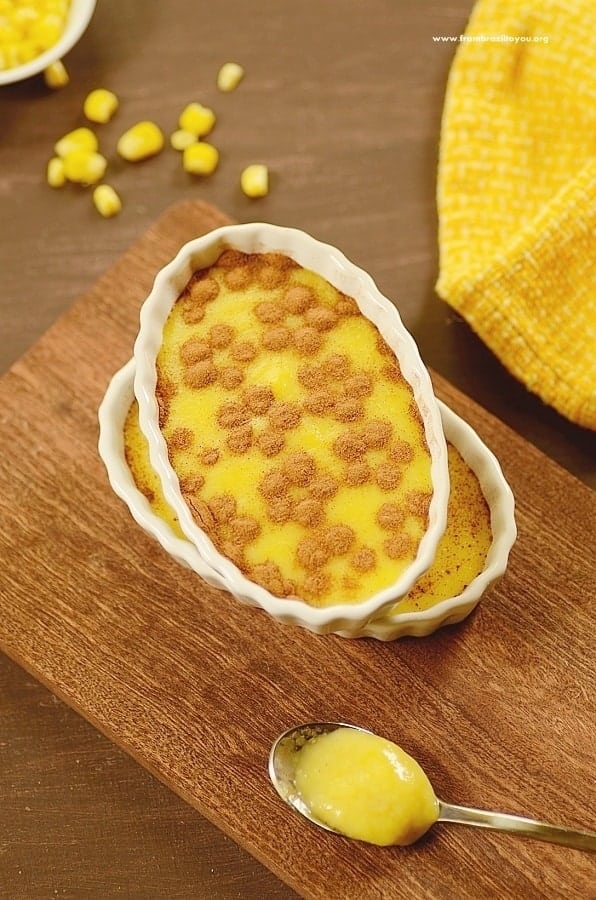 This is a pudding or porridge traditionally made from unripe maize, milk, and sugar. Because Brazilian maize contains more starch than sugar, there is no need to add cornstarch to the mixture. In Brazil, when the sweet corn pudding is warm it has a pudding-like consistency, and then firms up almost like a flan when it cools down. But the exact opposite occurs when sweet corn pudding is prepared with the most popular American maize, sweet corn– it gets softer as it cools. 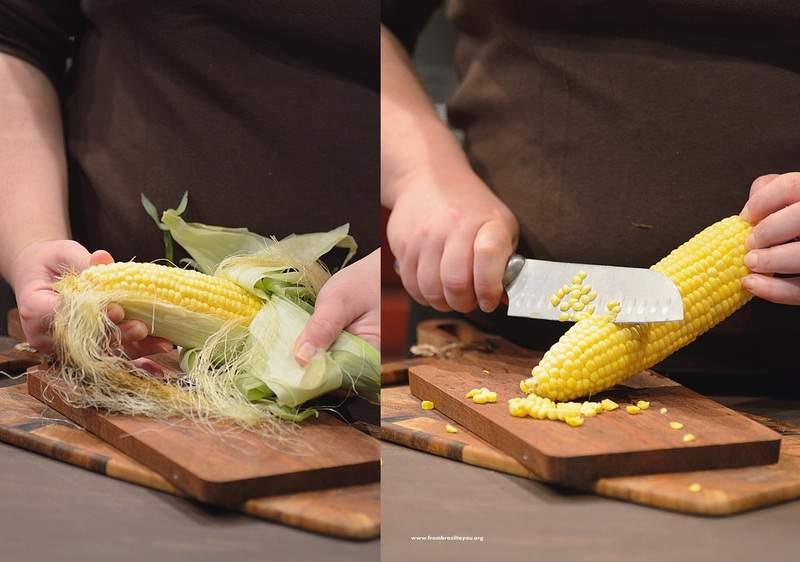 After making the proper adjustments, our sweet corn pudding was prepared with blended corn kernels, milk, salt, sugar, and sweetened condensed milk, thickened with corn starch. It is smooth and creamy… and can be eaten warm, at room temperature or chilled. It can even be frozen and transformed into ice cream, with no need for a machine. But I have to say that even adding corn starch, our pudding does not quite reach the firmness of a flan-like consistency.

The name of this dish varies depending on what part of Brazil you are in… Curau is used mostly in southern states such as São Paulo. It is also called corá in Minas Gerais,  papa de milho or “corn porridge” in Rio, and canjica in the North and Northeast regions.

No matter what it is called, the fact is, sweet corn pudding is simple to prepare, quick, and quite tasty. If you have never gotten to give it a try, now is your chance! 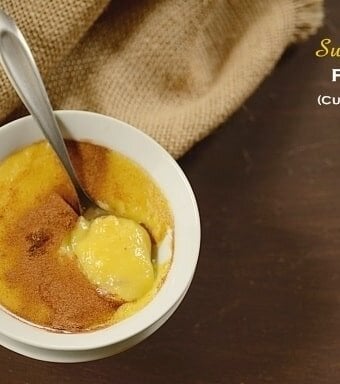