Rabanada (Brazilian French Toast) is a dessert or afternoon snack soaked in flavored milk, coated in beaten eggs, fried, and sprinkled with sugar-cinnamon. It’s more custardy inside and crunchier outside than its American cousin. 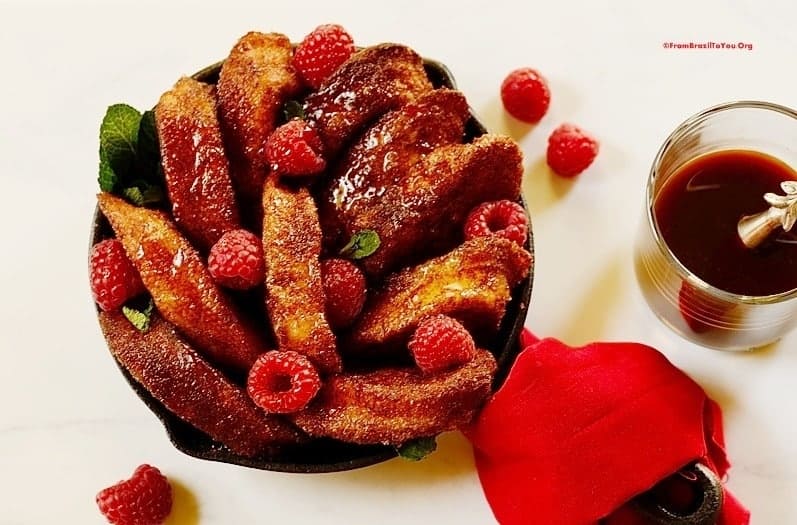 Christmas is truly the best time of the year! At my Grandma’s house and many others that means it is time for rabanadas, fatia dourada, or fatia de parida.

Huh??? I mean, it’s time for Brazilian French Toast, served with a good cup of coffee. What’s so special about that?

Well, it’s small and thick, round or oval, custardy inside, and crunchy on the outside. It is simple, comforting, golden-licious… and more!

Rabanada is different from its cousin, American French toast. How so?

The bread used to make Brazilian French toast has to be stale, usually has either a round or oval shape, and is cut thick.

The way it is prepared is also different! Bread slices are first soaked in milk (or in a milk mixture)…

…and then coated with beaten eggs, fried in oil, and then sprinkled with a sugar cinnamon mixture.

On the other hand, the American French toast is briefly soaked in a milk-egg mixture and cooked in sizzling melted butter.

The result? The Brazilian French toast is more custardy inside, crunchier outside, and overall sweeter than its American cousin.

Its sweetness may explain why it is served as a dessert or an afternoon snack instead of for breakfast.

If you have never tried this, now is your chance!

French baguette or other round/oval bread, milk, sugar, cinnamon, eggs, and oil are available pretty much in any corner of the world. 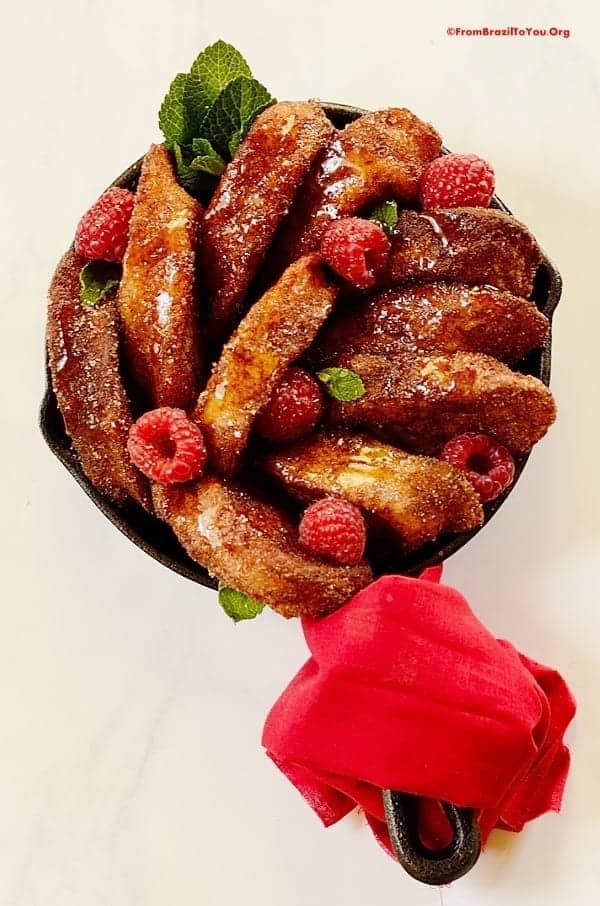 Rabanada dates from the 15th century, as cited by Juan del Encina: ‘…honey and lots of eggs to make rabanadas...’ noted as a dish helpful for recovery from childbirth.

This is why it is also known as fatia parida or fatia-de-parida (i.e. slices for the new mom).

By the beginning of the 20th century rabanada was a hit in the taverns of Madrid where it was served with jugs of wine.

The dish is common during the Lent festival in Spain, while in Portugal it’s served at Christmas time.

From Spain to Portugal… and then from Portugal to Brazil, which was of course once its main colony.

Although the Portuguese and Brazilian prep are almost the same, there are some variations in the ingredients.

In Portugal, their French toast is soaked in milk (flavored with spices and/or orange or lemon zest), wine (Minho province uses vinho verde, red or white), or a sugar syrup.

In contrast, Brazilian rabanada is often soaked in either plain milk or a mixture usually made from milk, sugar, and vanilla.

There are also differences in the way that they are served. In both countries they are often served plain… 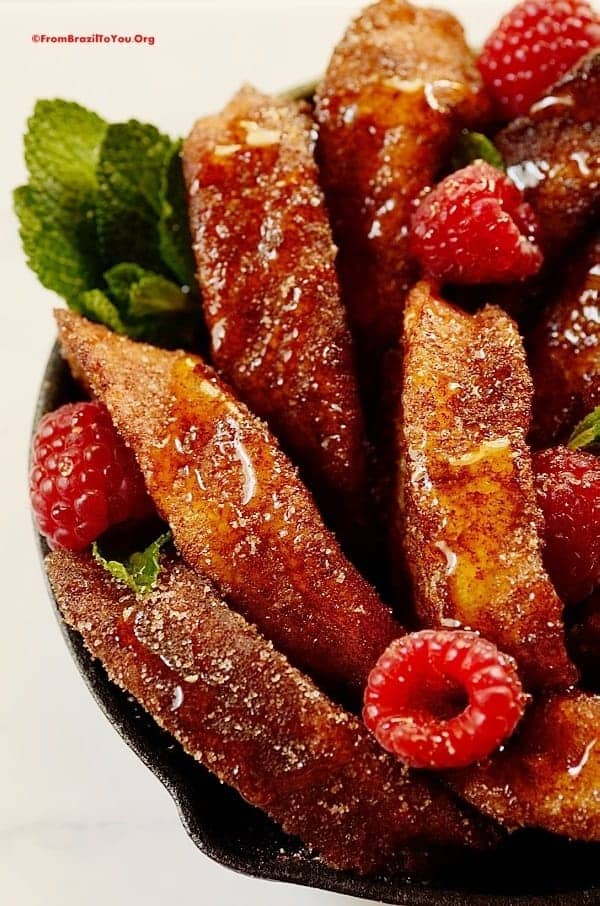 Line a large baking sheet with a double layer of paper towel. Set aside.

Divide bread slices between 2 large, shallow baking dishes, arranging them in one single layer each.

In a jar or pitcher, mix well the milk, vanilla, and sugar.

Pour milk mixture over the bread slices, distributing the liquid evenly over all the slices.

Let bread slices soak for about 20 minutes, allowing it to soak up as much of the milk mixture as possible.

(SEE MORE OF THE RECIPE BELOW)

I can still remember watching my maternal Grandma, Socorro, standing at her stove as she prepared this treat. T

he aroma coming from her kitchen still fills my mind with delish memories.

As an adult, I treasure all of the moments that I spent as a child in her kitchen and in her company.

I would give anything to go back in time and have her hand me a slice of rabanada with that big smile on her face.

Time can be quite ruthless… that is why I have started my own memories, this time with my own children.

From my grandma to me, and from me to my little ones (and hopefully to my grandchildren)…

… comforting thoughts that will stay with them even when I too have long become a memory.

From my family to yours, MERRY CHRISTMAS! 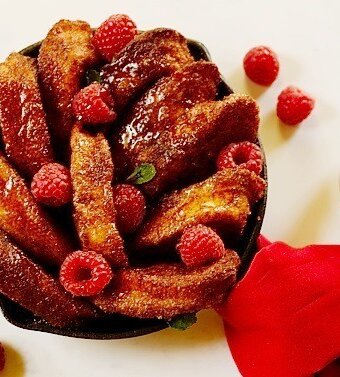