Brazilian fried chicken bites (frango a passarinho) are super crunchy small cuts of chicken deep fried in oil and topped with a mixture of toasted garlic, olive oil, and parsley. 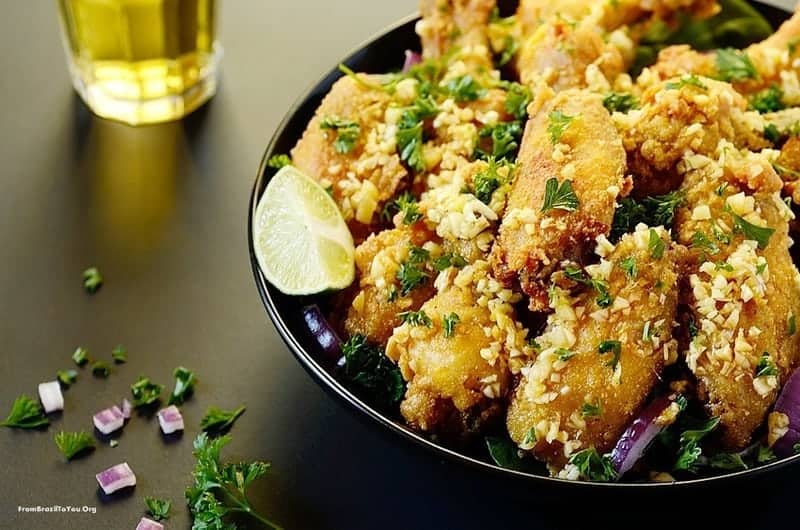 What is going to be celebrated in Brazil from the 5th to 10th of this month? Carnival!!! What are we all going to be watching in the U.S. soon? The Super Bowl! With two important events on the way, Brazilian fried chicken bites are the ideal appetizer for letting you eat well while having lots of fun.

Translated literally as 'little birdie chicken', frango a passarinho is a typical Brazilian appetizer consisting of small cuts of chicken marinated with lime juice and seasonings, breaded with a mixture of flour and cornmeal, and deep fried in oil.

Later on, they are topped with a mixture of toasted garlic, olive oil, and chopped parsley and served accompanied by chilled beer. They are tender on the inside and crunchy on the outside. 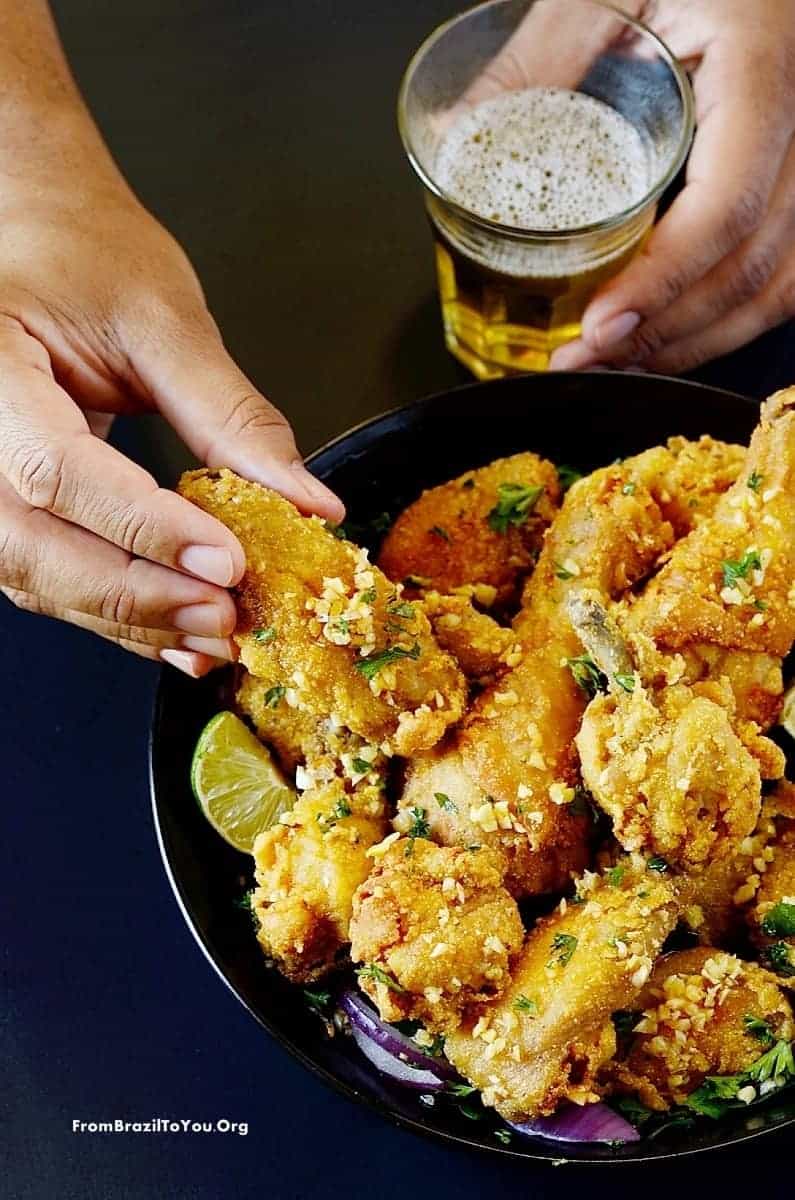 The funny name for the dish is due to the wide availability of a small breed of chicken at the birth of this dish many decades ago, whose small size produced cuts ideal for an appetizer.

The dish became so popular that small cuts of today's larger chickens can now be purchased uncooked in bags at local markets in Brazil, under the same name as the dish.

Frango a passarinho is a must all year round at every bar in São Paulo, as well as many places in the rest of the country-- where these chicken fried bites are served either by themselves, on a bed of salad leaves, or accompanied by French fries.

Calorie count? Forget about it!

This is a dish for pure enjoyment as these Chinese 5 Spice Wings and also these Keto Chicken Wings -- whether you have been dancing like wild on the streets for hours or not... 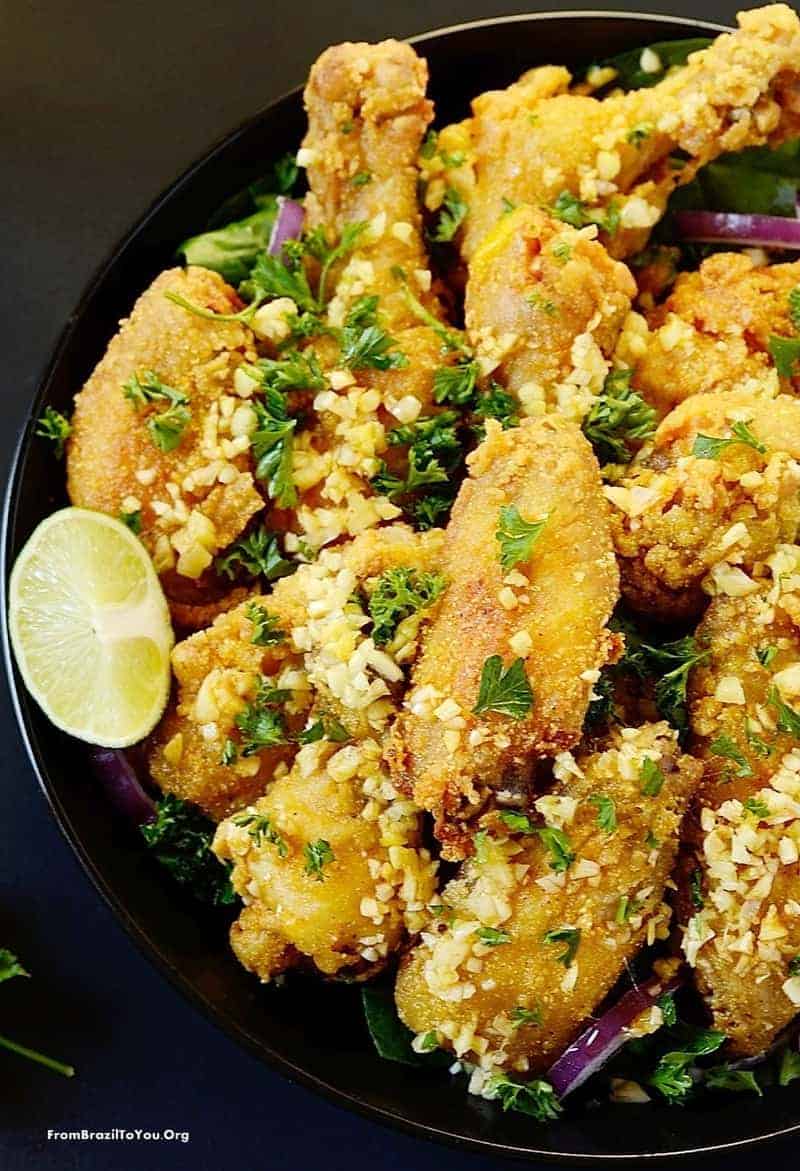 ... and you know what? Although samba may be the music that first comes to many people's mind during this fun time of the year, it is not the only one heard across Brazil.

FRANGO A PASSARINHO AND CARNIVAL

Frevo, axé, maracatu and many other rhythms take Carnival to a whole new level. In a large, diverse country like Brazil, rhythms and costumes vary from one region to another.

In the southeastern cities of Rio de Janeiro and São Paulo, for example, samba is a tradition at huge, organized parades led by samba schools...

On the other hand, in some Northeastern cities like Recife and Olinda, frevo and maracatu (influenced by local folklore and cultural manifestations), are the main rhythms at the largest street parades, with their festive giant dolls and colorful umbrellas. But that's not all!

In the centuries old Northeastern city of Salvador, the public dances to the beat of Afro-Brazilian axé rhythms played by trio elétricos (mobile soundstages that are driven through the streets).

But everywhere you go, Carnival is an event of mega proportions. Appetizers such as these fried chicken bites are widely consumed, all washed down with lots of beer, guaraná soda, and other cold energy drinks. 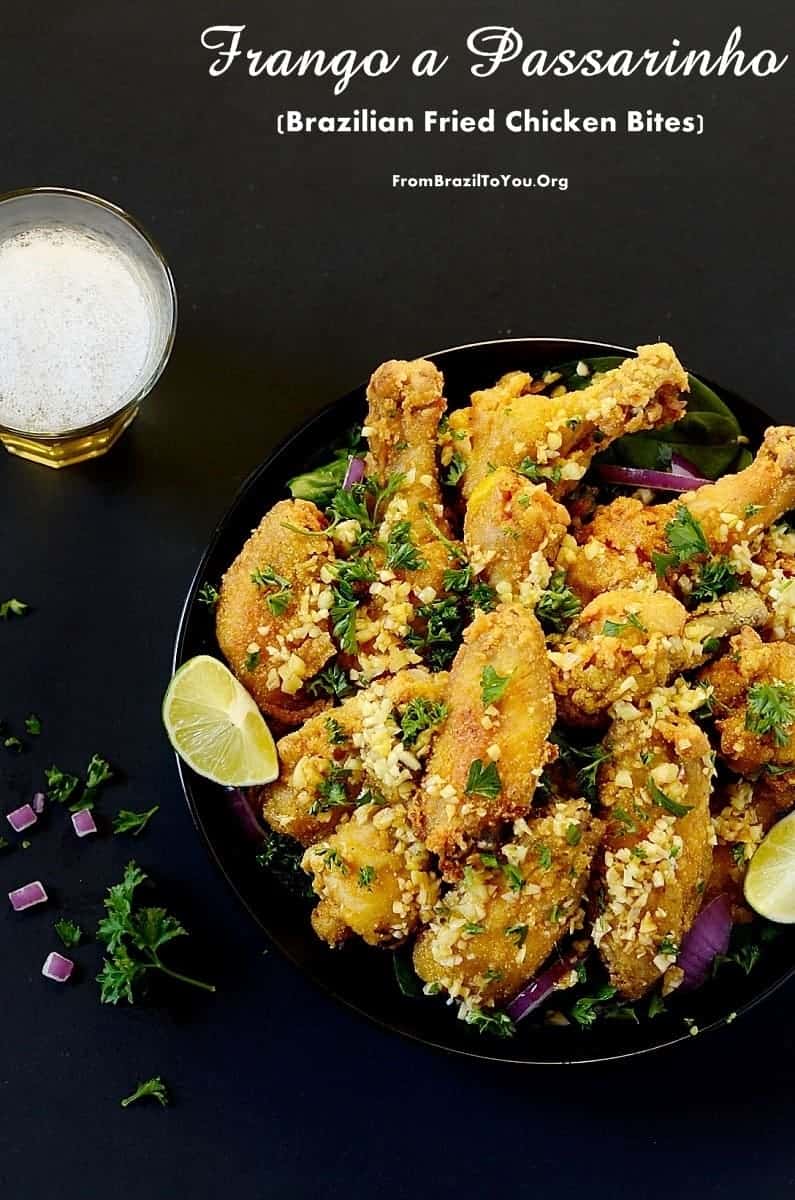 One thing is sure: whether you are celebrating Carnival, the Super Bowl, or even no event in particular, frango a passarinho is worth a try. They will score big points with your tongue, while bringing out the happiest of songs in your mind. 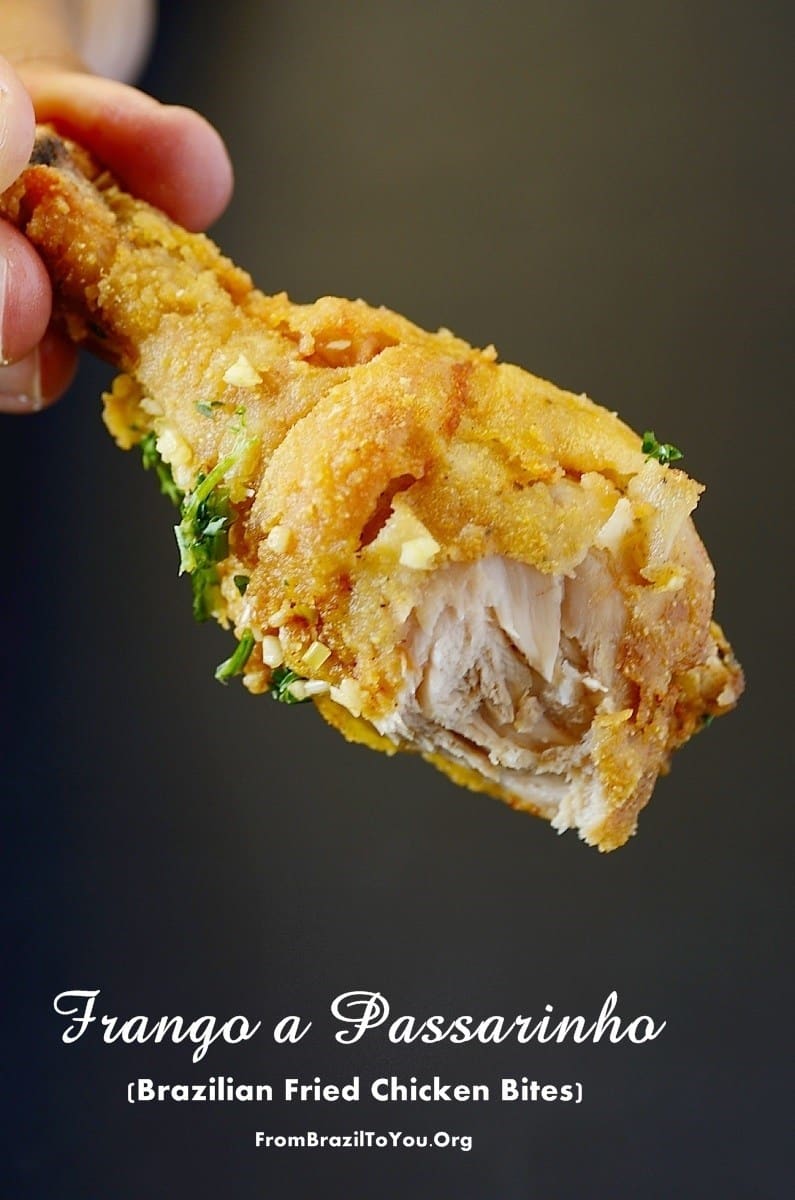 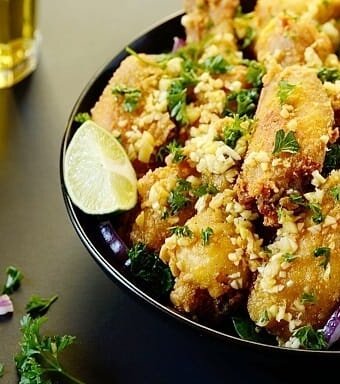 DID YOU MAKE THIS RECIPE?Comment and rate the recipe. Also follow us on Pinterest at @easyanddelish for more delish recipes.
« Cheese Rolls (Gluten-Free)
How to Make INSTANT Coconut Crème Brûlée »