×
You are here: Home / Brazilian Recipes / How to Make the Best Caipirinha Cocktail 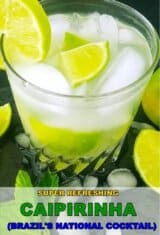 Caipirinha drink is a famous thirst quenching cocktail made of lime, sugar, ice, and a rum-like spirit, cachaça. It’s the naughty Brazil’s national cocktail… cheers to that! 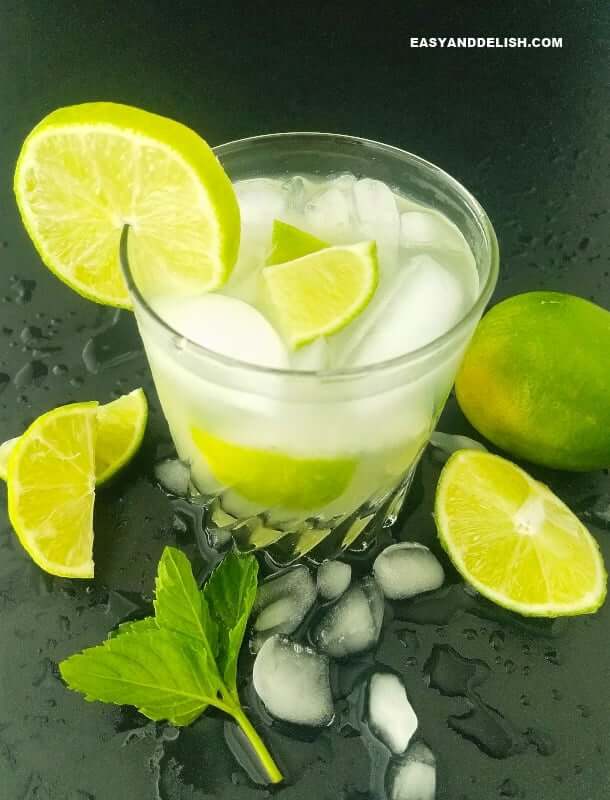 Just as Mexico with its Margarita and Cuba with its Mojito, Brazil also has a national cocktail drink: Caipirinha!

WHAT’S THIS COCKTAIL MADE OF?

Caipirinha drink is made of mashed lime and sugar, ice, and a shot of cachaça.

Just like white rum, cachaça is a sugarcane-derived product, but it has a stronger flavor and aroma because its distillation process retains more impurities.

WHAT DOES ‘CAIPIRINHA’ MEAN?

Caipirinha is the diminutive of caipira, which means “hillbilly”. But the cocktail is most referred to ‘little countryside drink’ rather than the class of person.

In fact, its origin is still not certain yet related to cachaça. 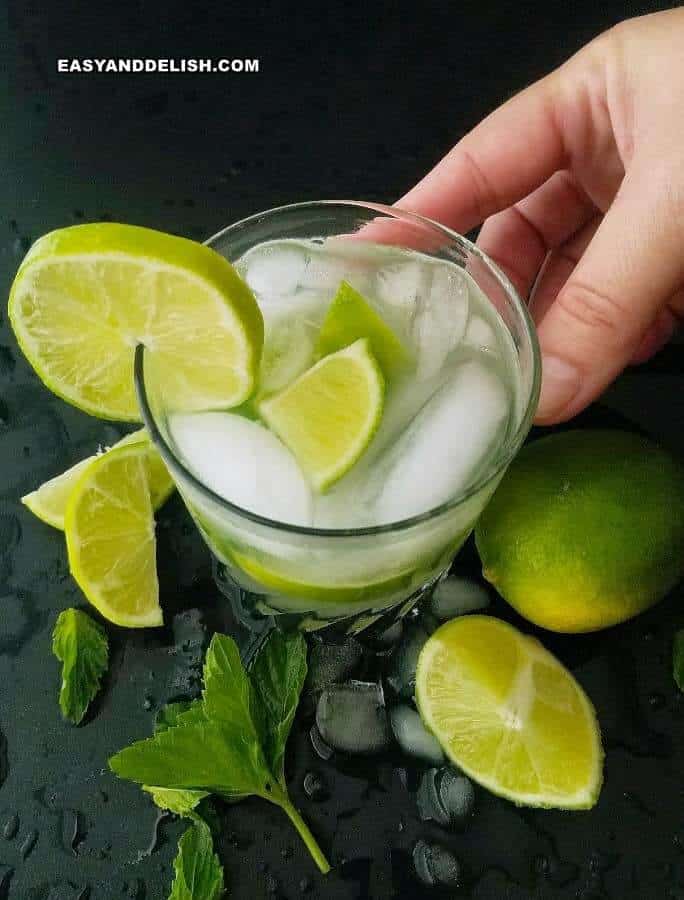 HOW TO MAKE CAIPIRINHA DRINK

To make this caipirinha recipe, first add lime and sugar into a small glass.

Then, mash them together using a pastle, muddler or a wooden spoon. Lastly, fill the glass with ice and add the cachaça.

DISHES THAT PAIR WELL WITH THIS DRINK

Caipirinha is such a big thing in Brazil that it is widely available in restaurants, bars, and many households… As well as its variations!

Oh, yeah! There are many variations of this drink as follows:

Because I do not drink, mine is made with crushed fruit(s), sugar substitute, crushed ice, and sparkling water. It is the light and virgin version of the drink.

CAN I MAKE CAIPIRINHA COCKTAIL WITH RUM OR VODKA?

If you don’t find cachaça, use vodka or white rum. All 3 has a similar ABV .

WHAT TYPE OF SUGAR ?

The traditional caipirinha recipe takes white sugar but you can use almost any sugar substitute.

CAN YOU MAKE IT WITH OTHER FRUITS?

Yes, you can replace lime for almost any fruit. 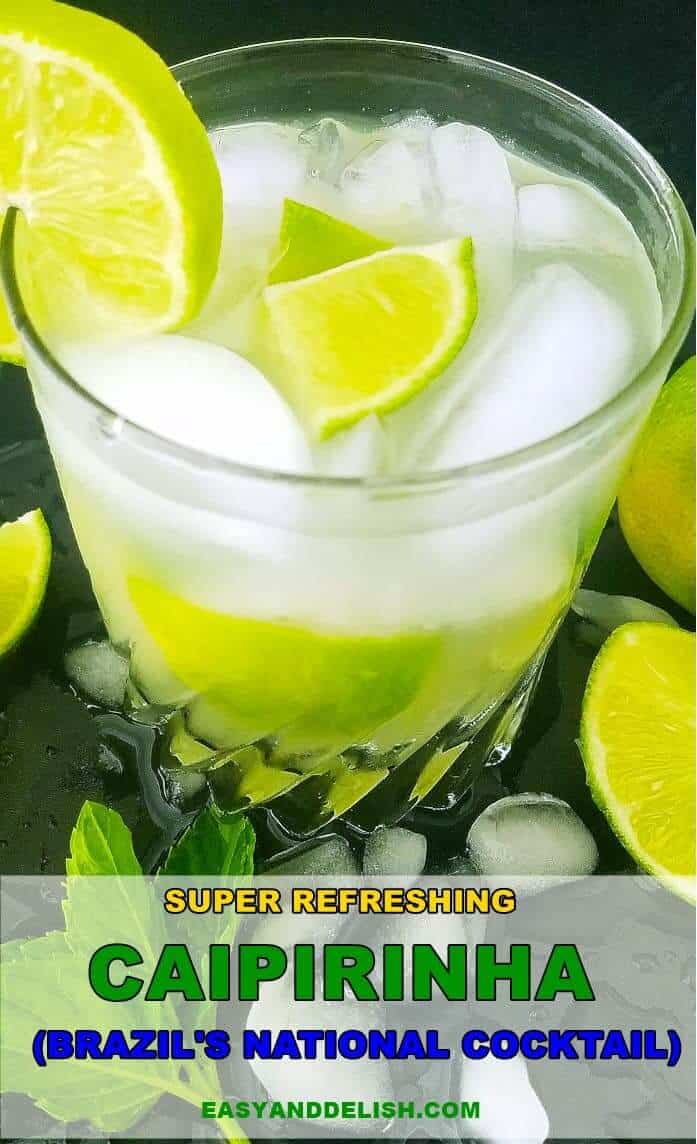 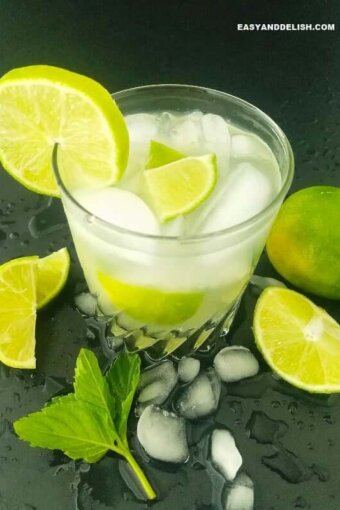 Caipirinha drink is a famous thirst quenching cocktail made of lime, sugar, ice, and a rum-like spirit, cachaça. It's the naughty Brazil's national drink... cheers to that!

A wide variety of fresh fruits can be used in place of lime. In the absence of cachaça, vodka can be used, making a caipiroska.